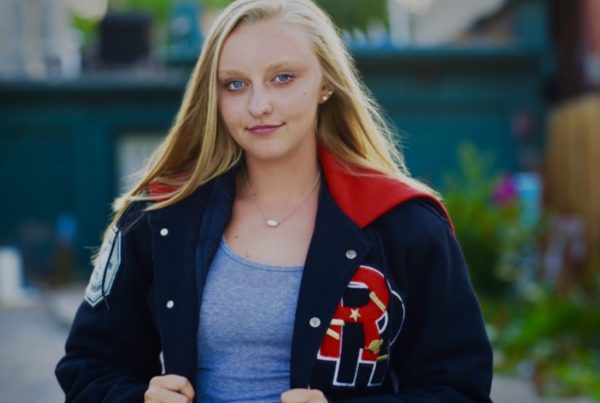 Feature Photo By: Eklund Photography – Lauren Graff poses for her senior photo. Graff is tied for #7 with senior Makenzie Bell in the Class of 2019.

As she prepares to leave the only high school she’s ever known and loved, she’s more than ready for the change that is to come. Lauren Graff, senior class president and tied for #7 in class rank, is ready for the next steps after Rangeview.

Leaving high school, she is excited to meet new people and have new and different experiences since she has lived her whole entire life here in Colorado. Graff will be attending San Diego State University and plans to major in hospitality and tourism management.

“I would describe it [high school] as every year was memorable, I don’t think I’ll ever forget the experiences I’ve had here. Especially the people I’ve met even if I’m not in touch with them later on; they’ve impacted my life,” says Graff.

Due to her freshman year– when she was only on the swim team–Graff saw how important it was to be involved here at Rangeview. So in her upperclassmen years, she’s been involved in National Honors Society, Link, Future Business Leaders of America, swim, and Leadership. Outside of school, she lives at the pool. She is a lifeguard, swim coach, and on a club swim team.

Her motivation to strive to do better was her family but more specifically her older brother. Since they were younger she’s always wanted to one-up him on everything. When she lost motivation, she would take breaks and try to not have so much on her plate in order to reduce stress.

Everyone goes through rough times; despite going through rough moments, Graff is always on top of everything and she’s determined to not only help herself out but as well as her friends.

“She’s someone that I can always go to with anything because I trust her so much. I feel like everyone needs a person like Lauren in their lives,” said close friend and senior Indi Sandika.

Even though she may not know what is to come after college, she has braced herself and is enthusiastic to see where her life is headed.