Gender: What is the Future? 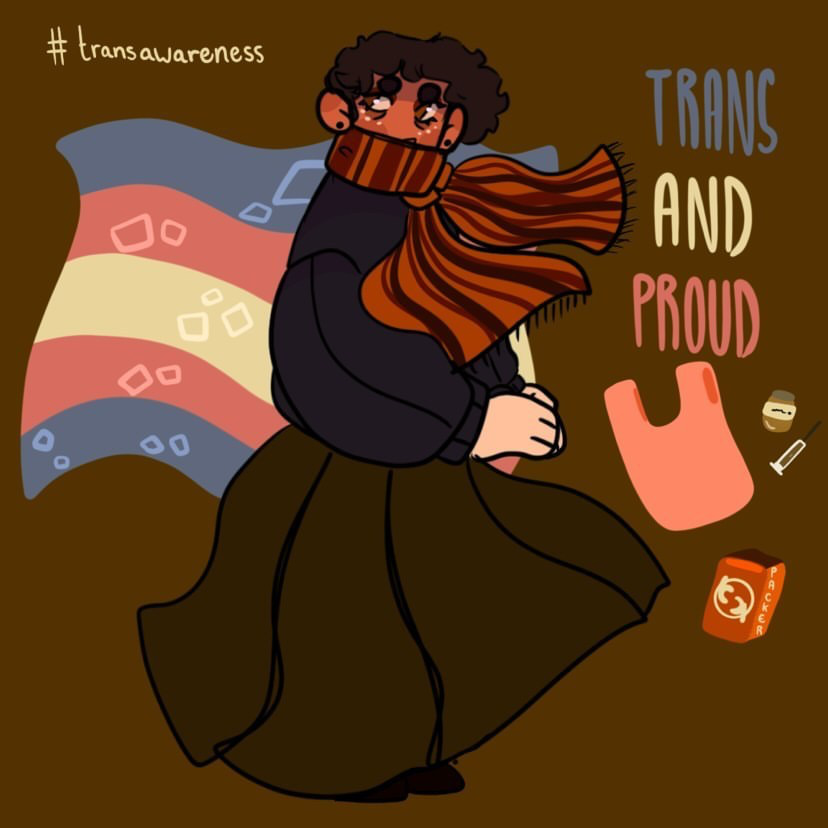 The concept of gender is changing. Gender roles and norms are being dismantled on such a substantial level that subcultures of gender identity are being explored by both the youth and reevaluated by older generations. How we perceive gender to be simple and basic alluding to male and female is beginning to change into something much more complex.

Malachi Jones labels himself as the “definition of putting a bow on all my male characters because I think it looks cute. I do not care what gender my article of clothing is affiliated with, if it looks cute I wear it.”

Jones is a sophomore at Empower Community High School and he said, “I do not know where I see gender going exactly, I feel like it is going towards a more fluid area, the fluidity would be less about one’s gender identity, but rather gender specific items losing their connotation.”

Gender expression is how a person expresses their gender through appearance and behavior. In the past anyone who did not adhere to the strict dividers between masculine and feminine to suit their biological sex was deduced to slurs and harassment; it was not socially acceptable. Expression is art, and like all the arts, derived from a very personal, individualistic, and sensitive part of a person.

Francis Ramirez Renteria is a transgender sophomore attending Rio Rancho High School in New Mexico. He is very educated and opinionated on gender; as a transgender boy himself, he has delved deep into the complexities of gender to uncover his own.

“People are becoming more confident through the ways they express their gender. It’s becoming a bit more accepted for men to dress in a traditionally feminine way on the big screen, though there is still a lot of backlash coming from conservative critics. That is not to say that men are free to just dress in a feminine way without major backlash in our society yet.

“Since things such as dresses or makeup are mostly assigned to women, men as a result are seen as ‘women’ for just doing things that don’t correspond to the way people view masculinity.

“This view is toxic and is only further feeding into a patriarchal and colonial view of gender. A man can wear a dress and still be a man. A woman can wear a suit and still be a woman. Gender expression is not equal to gender identity, something that cannot be changed. The only reason I am not talking about women in suits is because when people express masculinity in today’s culture, it is seen as brave or ‘normal.’ Femininity is seen as a sign of weakness or even of degeneracy. Not only do these toxic views affect cis people, they affect transgender people as well.” Renteria said.

The idea of subordination is being challenged; female gender identity has been pushed forth by the patriarchy. A system that continues to draw distinctive dividing lines between male and female utilizing gender roles and norms that are no longer relevant in our culture.

Renteria goes on to explain the hypocrisy of the patriarchal mindset, “Well you can’t be a woman just because you’re wearing a dress, you will always be a man’ is a common insult used against trans women. The irony is that a cis man is seen as a woman for wearing a dress, but a transwoman is seen as a man for wearing a dress as well. There is so much deep rooted transphobia, racism, and misogyny in our modern views of gender and gender expression that it would be too complex to explain in simple paragraphs.”

Harry Styles is known for his androgynous attire and style; he made headlines wearing a blue dress on the cover of Vogue in December of 2020. He faced an adverse reaction and criticism, with people claiming that wearing a dress is not masculine, or that men do not belong in dresses. Conservatives such as Ben Shapiro and Candace Owens tweeted that this was an example of the feminization of men in the west. However, others went on to praise him for shattering gender norms, and braving a piece of clothing that does not inherently have a gender.

Sophomore Erin Matlock said, “Social Media definitely has an influence on gender concepts. Think of an ‘Instagram Baddie,’ this is the beauty standard enforced for women; typically light skinned, long hair, thick, etc. This is the ideal feminine figure, but when a woman or someone who identifies as a woman doesn’t fit the standard, they are scrutinized.

“They’re told that they are less feminine or not feminine at all; sometimes they are even compared to a man. The same thing pertains to men/masculine people. Often, we see typically cis-gendered heterosexual males following this concept of what society has deemed as ‘manly.’ They are hyper sexual, tall, muscular, etc; and they are exuding the perfect ideals of masculinity. 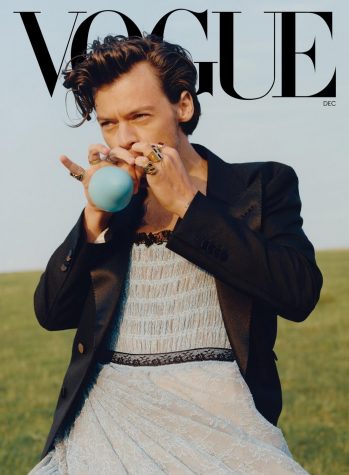 With the expansion of social platforms such as Twitter, TikTok, and Instagram being more and more accessible domains to express gender identity, spread information/opinions about gender concepts, the notions become more nuanced.

“Social media has given a platform for people to use as a tool for education. Most people don’t understand many of the complex concepts of gender and when we start introducing those things, we start to create conversations almost never bought up before,” Renteria said. “Social media makes people think past what society has spoon fed them. When people start to understand gender, ignorance as a whole starts to fade away.

“We start normalizing the existence of the many gender identities that don’t exclusively fit into male or female, which helps combat transphobia for the most part. The only bad thing coming from it is the discrimination and stereotypes that are a result of trying to break the traditional way we view gender. I was practically a victim of the whole ‘trender’ phenomenon.

“I would force myself to be a girl and to present as a girl. People didn’t like the fact that I was actually transgender, and would tell me to just be proud I’m a female and to just get over it. Many transphobic youtubers would make videos, mocking and making fun of people who did not fit the norm. Those people being non-binary people. I went through many phases when it came to my gender, one time identifying as genderfluid. I got messaged one day privately and got told I was making the person — who I didn’t even know — ashamed of being transgender. Me being myself apparently is what made transphobic individuals hate ‘normal’ trans people.

“I’ve always wanted to wear a dress, but I felt too scared that I would result in being discriminated against and misgendered immediately. When I was growing up, misogynistic views were enforced on me by my father. If a girl wore too much makeup she was an attention seeker. If a woman wore revealing clothing she apparently wanted the attention from men. Any man in a dress is ‘gross’ and ‘gay.’ These things made me so insecure about myself as I grew up being a girl. I didn’t want to embrace my femininity, not only because of gender dysphoria, but because I felt like I would just be ‘gross’ if I was. I still feel too scared to actually express myself a transgender boy, but I’ve learned to love myself more for who I am. As much as I may cry about how much I hate being transgender, I don’t hide my true identity anymore.

“I don’t see femininity in a bad way anymore, even if I am so much more comfortable being masculine. People should just learn to love each other and not let discriminatory people win over us. We are all normal, it isn’t a mental illness to be transgender or non-binary. It isn’t wrong to be feminine. The only thing wrong is our society and how it lets hateful people have a voice.”

Conversations about gender and expression need to be met with open mindedness and compassion especially towards the youth. With the constant change and progression of these concepts, the future of gender is divided and diverse.