A switch on the switchblade ban 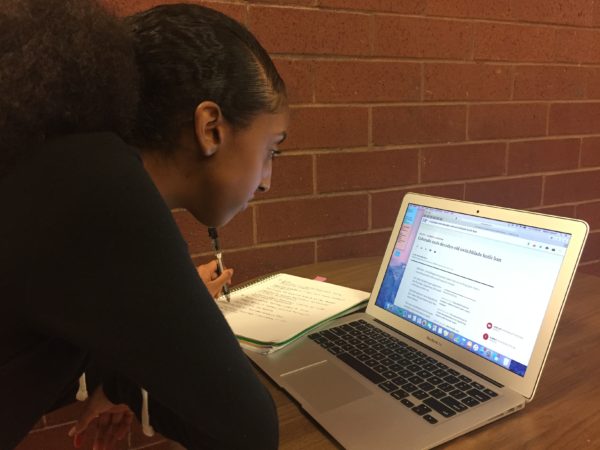 50 years ago, state residents voted for the illegalization of switchblades and automatic knives in Colorado. On March 23, 2017, Governor John Hickenlooper -along with sponsors Owen Hill (state sen.) and Steve Lebsock (state rep.) -signed a Bipartisan Bill to lift that ban. The repeal of the switchblade ban took effect on August 9th; meaning, yes, it is now LEGAL to carry a switchblade in Colorado. But, before running to the store or logging on to Amazon in hopes to buy a switchblade, there are, as a matter of fact, still some Colorado Municipalities that decided to reject the repeal and keep the ban.

“Colorado [has a], I call it local control, very long, very strong local control rules in Colorado. So even though the state may say you can do something, it’s still an option for local communities to say ‘we don’t wanna do it,’” State Sen. Owen Hill explained.

As Sen. Hill stated, every local government had a choice to accept the repeal or come to the consensus that: “We don’t wanna do it.” So, although it is now legal to carry switchblades in Colorado, there were local municipalities that kept the ban like Aurora, Boulder, Colorado Springs, as well as other cities.

Why were Switchblades banned in the first place?

During the 1960’s, movies like West Side Story created a stereotype for people that owned switchblades. They were automatically assumed to be fraternizing with gangs. Both State Sen. Owen Hill and State Rep. Steve Lebsock confirmed this fact:

Steve Lebsock elaborated on the subject by stating, “This was ridiculous and the reason why it made so much sense to repeal the law which was instituted in the 1960’s because of the play/movie West Side Story. We should not be making laws and taking away our freedoms based on a play or movie.”
Owen Hill explained, “So back in the 1960s, in the early 60s, when some of these movies like West Side Story came out, people were concerned that the switchblades were just a mark of being in a gang and so they banned them in Colorado and several other states hoping that they were going to help solve gang activity.”

Along with 11 other states, Colorado decided to lift the ban for various purposes.

This included the fact that, according to the Denver Post, switchblades were no longer subject to violence, but instead used as an everyday tool.

Sen. Owen Hill put this into perspective by explaining that our military officials and officers used this tool before the repeal with no knowledge that it was illegal. Hill explained that military members were issued these knives in other states and then were stationed here with no knowledge that they were in possession of an illegal object.

Rangeview’s own, Lizzie Stacks (12th grade), explained how the legalization of switchblades can also be reassuring for women and can protect people instead of hurt them:

“I think I like the idea of knives rather than guns because if you want to hurt somebody you have to be a lot closer to them to do it…I think it’s good for single women who are afraid of being hurt.”

State Rep. Steve Lebsock also advocated for the repeal and why the ban was lifted by bringing common sense into the argument:

“Prior to the repeal a one inch long switchblade ( for example) was ILLEGAL to own in Colorado. However, a foot long kitchen knife was LEGAL in Colorado… it was common sense to repeal this antiquated law that banned switchblades.You have two knives. Both knives are identical except for one thing. One opens with a lever (legal). The other has a button to open the blade. The “button” made this one illegal.”

Why Does It Matter?

To many, the Switchblade Repeal seems to not affect the general population, but the fact is that there are such things as outdated laws in Colorado today. Still, many residents in Colorado remain unaware of these laws and the changes that are partaking in local governments.

Here’s the link to The Colorado General Assembly for more info on the bill: http://leg.colorado.gov/bills/sb17-008